“Nick Cassarino’s guitar and voice selflessly served the songs, every guitar sound oozing with poignancy and intention, and every vibration of his vocal chords stirring the deepest depths of Spirit.”

After three oppressively hot, humid and cloudy days, the rain began to fall the moment The Nth Power jumped into Steely Dan’s “Peg” to kick off their tribute set billed as “Home at Last.” Bodies and trees were dripping wet through the whole set, a scene epitomizing a steamy sexy dance party. Soon after the band segued seamlessly into “Black Cow,” Ivan Neville walked on stage to sing the first verse. “Black Cow” found its way to “Kid Charlemagne,” and through both tunes Nick Cassarino’s guitar and voice selflessly served the songs, every guitar sound oozing with poignancy and intention, and every vibration of his vocal chords stirring the deepest depths of Spirit. Nikki Glaspie’s voice on “The Caves of Altamira” was sultry and hypnotizing – juxtaposed with her axe murdering display of drumming, she is a no-gimmick, self-actualized and open-hearted ambassador of the almighty groove: an archangel of rhythm. “Home At Last” almost boiled over into oblivion, fearlessly adventuring beyond the boundaries of the song and flirting with a “wait…what song is this again?” moment. “Reelin’ in the Years” included a tasteful “Jessica” tease from Cassarino’s guitar. “The Fez” featured a bass solo, during which Nate Edgar busted out basslines with the same finesse and grace as a gorilla swings through treetops – his bass emanating mercilessly menacing bottom-end depravity which whipped the crowd into hip-popping hysterics. Percussionist Weedie Braimah sang lead for “Do It Again” before a set closing “Aja,” that concluded the Steely Dan portion of the set. After removing their ties, The Nth Power returned to play original music – appropriately starting with “Spirits.” 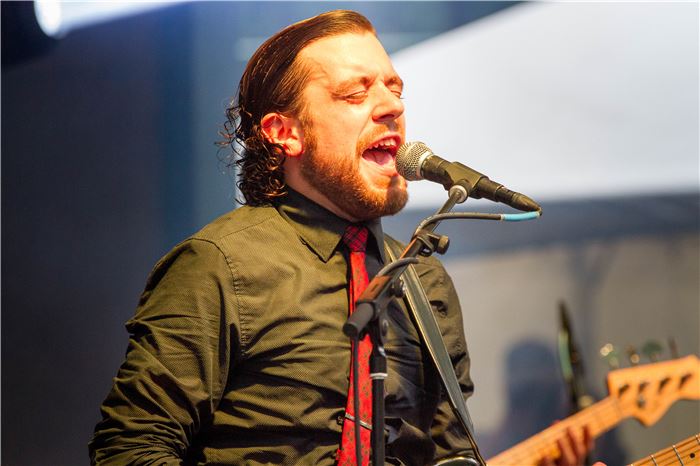 “The Nth Power is turning out some of the most original new music to be found today. Lacking typical song structures that rely on choruses or grooves with a bridge or turnaround/head section, their songs contain different states or gears which, when within, allow different aspects of the band to shine. In a scene crowded with emulators and success/fame centered goals, The Nth Power is a light unto the world – the music feels real and full of salvation.

View the article here: Jam Base