“The Nth Power has always been about love, unity and soul and guitarist and lead vocalist Nick Cassarino fronts the band with an infectious twinkle in his eye and a passionate edge to every thing he does.” 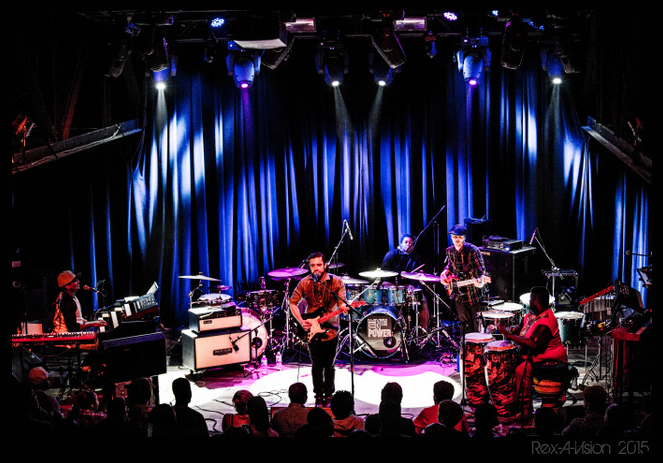 There are actually three certainties in life…Death, Taxes and a funky good time whenever The Nth Power takes the stage, and Tax Day at the Terminal West in Atlanta was no exception to that rule.  Hot off their nationally televised performance on VH1, the band came into town with a head of steam and a co-headlining band, Corey Henry and The Funk Apostles.  The bands have been taking turns opening and closing each night, with The Funk Apostles lined up to close this evening’s show, and it’s almost uncanny how well the two acts compliment each other.

The Nth Power has had a couple of moments in the media of late, with their aforementioned TV gig and the departure of founding member, vocalist and keyboard player Nigel Hall.  Hall’s departure to finish his solo album left the band in quick need of a replacement, and they couldn’t have found a more able replacement than  Kreative Pandemonium’s Courtney Smith.  Smith harmonized and sang leads, rolled massive organ runs and crisp chords and fit in as if he had been there all along.  Quite a feat for a last minute addition, and his ability to seamlessly insert himself spoke volumes to his overall talents and humility.

The Nth Power has always been about love, unity and soul and guitarist and lead vocalist Nick Cassarino fronts the band with an infectious twinkle in his eye and a passionate edge to every thing he does.  While his is a strong presence, one of the things that is most remarkable about The Nth Power is their balance, both musically and onstage personality wise.  While Nikki Glaspie is one of the more versatile and powerful drummers on the funk scene, she and bassist Nate Edgar effortlessly cycle back and forth between the pocket and the foreground, making a statement by playing their parts.  Weedie Braimah took his percussion playing to new heights, with a solo section that had the packed Terminal West crowd cheering both his playing and his over the top facial expressions and antics.  No one person seems to be trying to make it “Their band” and that seems to have created a harmony that comes through easily, and is all the more impressive when you realize it’s being done with a new player added to the mix.

A stellar rendition of their TV broadcast hit “Only Love” and it’s contained and structured vibe was countered by a funky instrumental, appropriately named “420,” a tune that went on for a solid fifteen minutes of righteous interplay, round robin soloing and an obviously delighted audience.  While every band thanks the crowd after a show, the heartfelt appreciation from the players was a powerful scene, as they avoided all the cliches’ and told the attendees about their love for the city, and their hope to return soon.  Judging from the response to their moving message, I’m guessing it won’t be long before The Nth Power takes Atlanta by storm once again.